The Theme Park Capital of the World 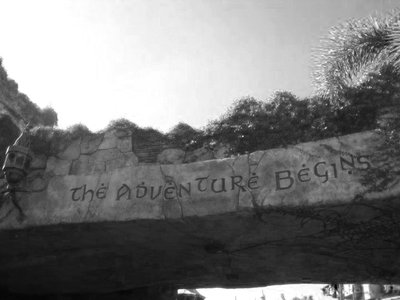 A great quote at one of the theme parks

After saying goodbye to our family back in New Jersey and our parents, my sister and I took the plane. As for my parents, they will be staying another night before heading home. They're having their own little road trip back from New Jersey, going through Albany to Syracuse, then Rochester and finally back to Mississauga.

Since we only got to Orlando today, we decided that we won't go to the theme parks yet. Although we've had quite a relaxing day yesterday, today we are doing the same. Since we have been to Orlando with the family before, we know that there is a lot of walking and that it can be extremely hot. We will be staying at the DoubleTree by Hilton for the next two days. We went to SeaWorld; it was a great way of relaxing as we got to watch some shows with the killerwhales, dolphins, and seals doing tricks, etc. It was pretty cool. The equivalent to that is Marineland in Niagara Falls, Canada. But, SeaWorld was a bit different in a sense that it was a lot bigger and there's a lot more to do and see, not to mention the absolutely amazing shows. 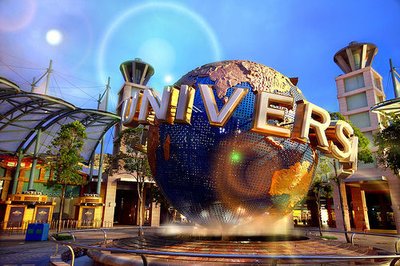 We are only staying two days here as we have been to the Disney World theme parks before; Epcot, Magic Kingdom, Hollywood Studios, Animal Kingdom and the waterparks before. However, we never got the chance to go to Universal Studios and my parents are not about going on rollercoasters, etc, which is another reason why we picked this destination. We each bought a 2-Day Universal Studios park hopper pass with the meal deal, so that we don't have to worry about having to find somewhere to get food. 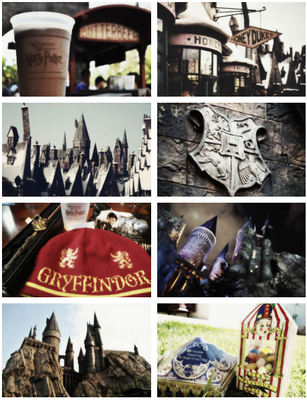 Photoset of our time at the Wizarding World

The first thing we did when we got in the park was that we went straight up to Hogwarts, or The Wizarding World of Harry Potter. My sister and I grew up watching and reading Harry Potter, so we are really big fans of it. We bought a few of the Harry Potter souvenirs, mostly some from the Gryffindor house though, since it's our favorite and describes us more. We also got the chance to drink some butterbeer like in the movie and see the castle, the Hogwarts Express, etc, even if it wasn't the real thing. It still felt like being in the movie or being on set. 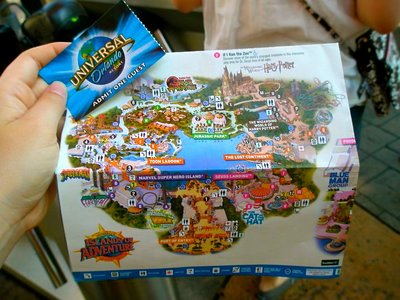 The theme park map and our ticket

The rest of our first day was spent around Universal Studios. We got the fast pass ticket so that we wouldn't have to wait in line much to go on the rides. We were glad, or else it would have been a buzzkill, seeing the amount of people there were. We tried to get as much done around the park, even if we had the park hopper.

On the second day, we went to Islands of Adventure and it took us more or less 3/4 of the day to finish touring the whole park, so we went back to the other park afterwards. We also went for a late night swim at the hotel, since we didn't really get to enjoy the hotel much. Then we packed our things, because tomorrow morning we are leaving for an early flight to Tampa!