The Island of the Dodo Bird 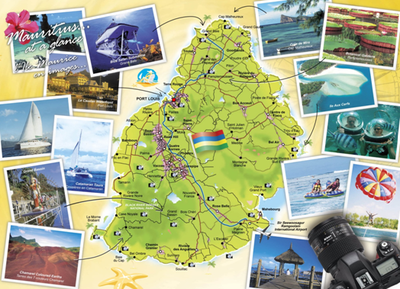 It finally hit us that we are in Mauritius, after about 8 years! Since we were very young when we left, I about 7-8 years old and my sister 12 years old, we don't really remember what it looks like. But, we were greeted by all our family members at the Sir Seewoosagur Ramgoolam Airport. My cousins were all grown up and everyone were really happy to see us. They took about 7 cars just to come get us. This is the only place where we are actually spending almost two weeks, but we wouldn't be doing so if it weren't to visit family. This is sort of taking a break from traveling and just enjoying some time with them, I guess you could say.

We did a lot of sightseeing in Mauritius and we didn't have to pay for any accomodations, because we would switch places whenever we stayed over at our cousins' place. One day though, we had a huge cousins' sleepover at one of my cousins' place. Some of the landmarks that we visited were the Crocodile and Giant Tortoise Nature Reserve Park (which we went when we were very young), a hiking trip to Tamarind Falls, Caudan Waterfront, the Blue Penny Museum, hiking at the Black River Gorges Park, the Botanical Gardens (named after the Prime Minister's father; Sir Seewoosagur Ramgoolam) and Trou aux Cerfs. 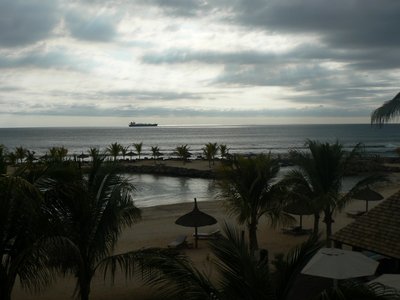 What I also like is that we are allowed to take day trips to hotels, so we don't have to spend the whole night there. However, we are still allowed to book a room and just have it for the day, or just go to the beach. Some of the hotels were mostly new ones, such as; Anahita, Tamassa, Long Beach (Which was called Coco Beach when we were young), Sugar Beach Saint Géran, Shandrani and Movenpick. But the only day trips we took to the hotels were to Movenpick and Anahita. 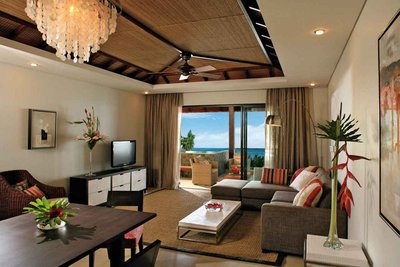 I loved Anahita because there is a lot of privacy. Our rooms include a kitchen and on the patio, or in the backyard, there is a private pool. So we don't have to necessarily go to the hotel pool. Depending on the room you book, there are many different options in pool size, room size, backyard space, etc... 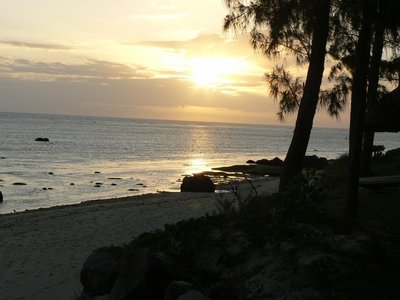 We spent only about 3 out of 12 of our days at the beach. Most days, we would go during the afternoon and have a BBQ there, then head back home. All of my family members took vacation and since my cousins weren't on holidays for school, they decided to take every day off with us anyway. Besides, it doesn't matter if they miss a lot of days of school, because there is not really any limit and the school system is different, they do not have to call in, etc... Also, they have afternoon tuition, which is more beneficial than going to school. 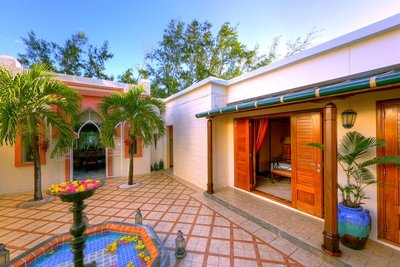 One of the days, we went to Ile de deux cocos and another day at Ile aux Cerfs. Although Mauritius is an island, there are other little islands that tourists are allowed to visit, such as these ones. Ile de deux cocos has a resort on the private island, as well as day trip (which is what we took). It was very blue, and had clear water. On that island, they preserve the ecosystem. We also got the chance to snorkel among the corals and unique tropical fishes! Deer Island or Ile aux Cerfs, offers many activities on the island. Also to get there, we had to take a speedboat.

After a lot of swimming, adventuring on different islands, visiting parks, we went to try something different. I told my aunt that we didn't get to go to Kruger National Park, so they brought us to the Mauritian Safari Adventure, but we got around on a quad bike! It was epic because we've never been quad biking before. While at the safari park, we also got to interact with the cheetahs and lions. Another attraction we got to experience was the underwater scooter cruiser ride. It was pretty bizarre, and I had never heard of such a thing, but it was great and really fun. 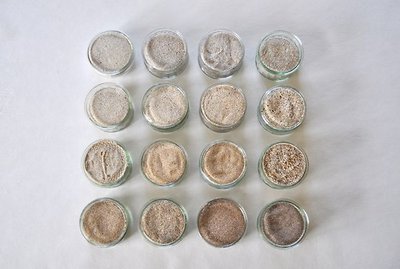 Other than visiting Pamplemousse, Gris Gris, Casela (which was another landmark that we went to when we were young), Seven Colored Earths, Domaine les Pailles (which is where my cousin got married when I was 4 years old), Bois Chéri (the tea tastes awesome - just thought I'd put that out there), Labourdonnais Castle and the Sugar Museum, we had a great 12-day vacation with our family in Mauritius. It also went by really quickly. We collected different shades of sands from the various beaches we went to as a souvenir as well!

Now, we are heading back to our journey, as we leave everyone behind and move on to London, England before heading to our final destination in Africa, Morocco. Goodbye Mauritius, à la prochaine!