The City of London

We weren't planning on coming in Western Europe at all, since we were supposed to be visiting only three regions; North America, South America and Africa. However, from Mauritius, the tickets to go straight to Morocco were either expensive (as in not within our budget-from 1,641) or it wasn't offered. But anyway, we have decided to come to England from Mauritius, since we have family here and we could just take a no frills airline to Morocco, our final destination in Africa.

A rainy day out

As soon as we landed in London at 5:30 am, it was raining out. The atmosphere was quite depressing. But then again, we learned from our aunt and uncle that in one day, there can be four seasons. We rested a bit when we got to their place at 6 until about 8:30 am. They live in Ilford, about half an hour from the city. We had breakfast, then left to go for some sightseeing. We took the London Golden Tours, where we hopped on the red tour bus and sat at the rooftop. We plugged in the earphones we got and every time we arrived at a landmark, we heard a brief history of it. We decided to first sit and listen to everything before getting off at a certain attraction. It took us about 2 hours for everything. Then, our first stop was the Big Ben. We only took pictures around and then moved on. We took a 30 minute ride on the London Eye, then went to the Tower of London, a boat trip on the River Thames, Westminster Abbey and the Tower Bridge. 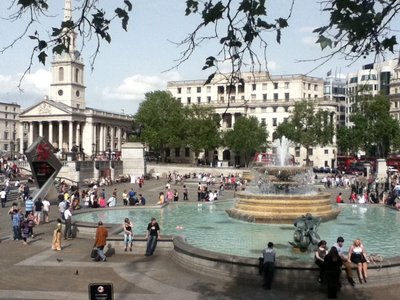 Since we had the tickets for the tour, we didn't have to pay for the big red buses or the underground tube to go around. We were allowed to get on at any time. But, it was only valid for 24 hours and we were only going to be in London from the 13th to the 15th, so on the second day, we got the opportunity to watch the Changing of the Guards at 11 am at the Buckingham Palace. We then spent about half an hour in Trafalgar Square, and then visited the surrounding art galleries and museums, since they are free of charge. We got to go to Tate Modern, the British Museum, and the British Library. 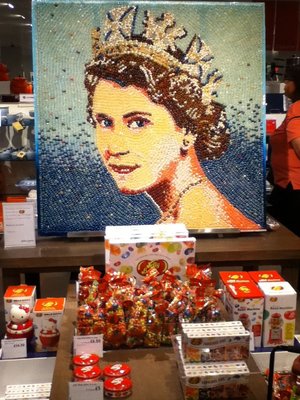 Saw this in John Lewis at Westfield mall, it is made of jellybeans!

On our last day, we only spent half the day at Westfield Mall in Stratford. There are two Westfields in London, the other one is Sheppard's Bush. Although it is much more new and nicer, both Westfields were really nice. We came to England as a family vacation last year during the summer and that was when we got the chance to visit both of them. But, as for this time, I think we only have time for one! Oh well. 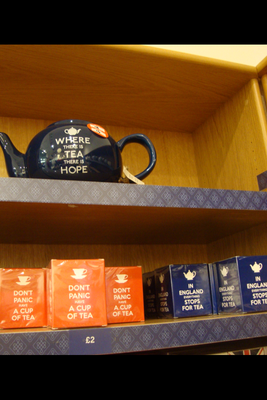 Also while wandering around in Westfield, we stopped at shop and saw this, it was quite funny but it is very true to any tea lovers! 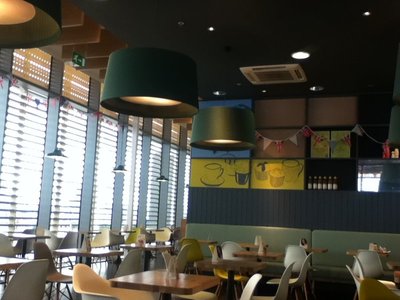 One of my favorite shops in London is Marks & Spencer. It is a department store equivalent to JC Penney or Macy's in the USA and The Bay for Canada. They also have a style of coffee shop/restaurant, where they sell different kinds of food, such as lunch, tea, dinner, desserts, etc... And they did have a wonderful afternoon tea! 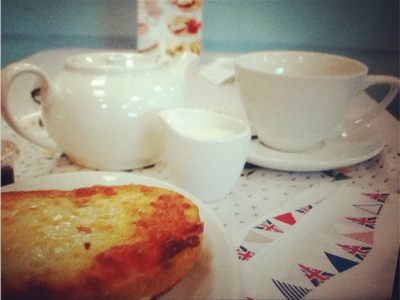 In Canada, most people wouldn't go out for tea at a department store or a very fancy tea shop, let's say. But in the United Kingdom, or maybe I should say in England, they take tea very seriously, so there isn't really a fast-food tea shop like how we have Tim Hortons. Either way, I love the fact that there is a lot of tea shops everywhere and there is also high class tea, so most of the time, someone would be drinking tea in a nice teacup. 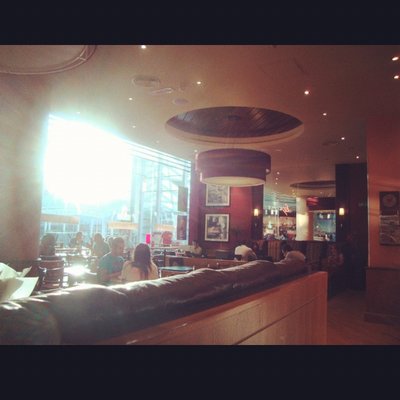 Costa Coffee, it is basically the Tim Hortons of England

But Costa Coffee could somewhat compare a tiny (just a little bit, I'd say) to Timmy's. 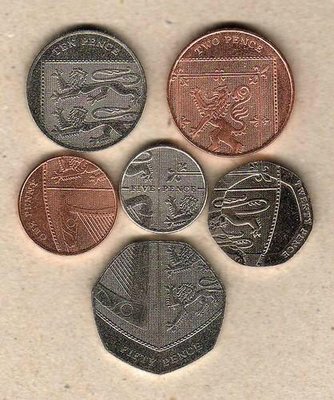 Also before leaving for Morocco, we were about to exchange our coins for some dirhams, and then I realized how cool the coins in Britain are! The pound sterlings are put together and they form the British coat of arms- it's epic!