The City of the Lost Incas 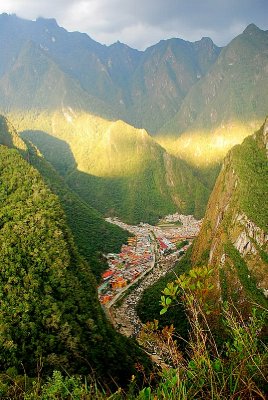 View of the city

Nosotros somos en la Ciudad de los Incas perdidas finalmente! We are finally in the City of the Lost Incas. We are in Latin America and this is another chance for us to practice the basic Spanish we know some more.

This city is actually pretty old, it has been around since the 15th century. It is pretty amazing how the ruins still remain after this long. We have decided to try something new on this trip, so instead of taking a hotel, we are going to be camping! Yes, I did say camping... Since we had packed a tent anyway, we thought why not? And we also have sleeping bags, so it's all good! Other than the fact that our annoying and heavy luggage take up a lot of space in our tent. Oh well. 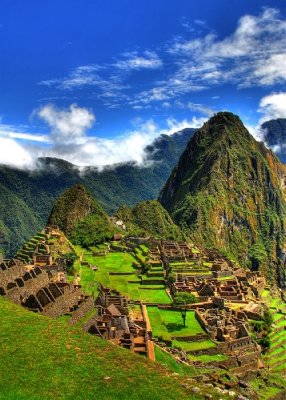 The ruins from the mountain

We visited the ruins, which was near our tent. There are different places in Machu Picchu. There are the actual Machu Picchu ruins, then there is the Wayna Picchu. There is also a bunch of temples, such as the Temple of the Sun and the Temple of the Three Windows. There is also a place where there are 12-sided stones, or something like that and it's pretty cool. What I love about this place is that behind every landmark, there is an interesting history that dates to way back.

The only reason why we decided to come to Peru was not only because Machu Picchu is one of the seven wonders of the world, but they have a really rich culture. For at least a part of this adventure, my sister and I want to learn about the various cultures and traditions that people have in different countries of the world. This topic really interests us, because in a way, we learn different lifestyles and there's just so much. 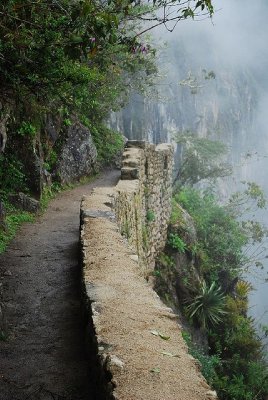 Taking a walk on the Inca Trail

We walked along the Inca Trail, which gave us more chance to discover more the secrets that the city has. We also visited the Sacred Valley. It is near the capital of the country, Cuzco.

This place was actually named a UNESCO World Heritage Site in 1983!

While in Peru, we tried some Peruvian cuisine, because we never had some before, even though there is a Peruvian restaurant in Oakville, about 30 minutes from home. But really, I think the dishes from different countries taste better if you taste them when you are in the actual country of it. My sister is totally against that though, she says that it depends on the cook. But, yeah...

The dish that we tried was ceviche, which is a very traditional and famous seafood dish there. It is basically raw fish in a citrus juice. It is also sometimes served with sweet potato and corn. We also learned that they eat cuy, meaning guinea pig. After that, we also tried llama meat with rice. And finally as for a drink, we had IncaKola, which is a soft drink. It tastes better than most of the soft drinks I tried too.