We took a plane from Cape Town to Johannesburg, since it is much faster than if we were to take a tour bus or something. We went to the Gold Reef City Theme Park, since we haven't been to an amusement park since we left Orlando. Besides, we love them anyway and we don't really get the chance to go back home, because my parents can't go on rides. We also got a 4D theatre experience! It was a great way of having fun and the lines to get on the rides weren't long, so we loved that!

Then, the next day we went to the Apartheid Museum. It was so heartbreaking to learn all about the history and see different pictures, etc. 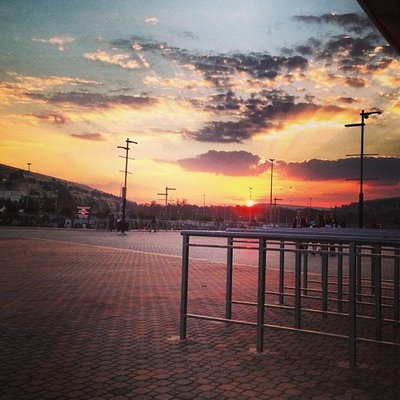 We then went to the Botanical Gardens, where we saw a herb garden, a rose garden and an alpine glasshouse. We were able to catch the sunset before going back to our hotel, Genesis Suites.

We also really wanted to visit Kruger National Park, but it was way too far- about 6 1/2 hours by car. (We can't even drive here anyway and we don't have enough time sadly). But the park is basically like an African safari, where we get to see real African wildlife (elephants, lions, buffalos, etc). I think it would be a great experience, but maybe the next time we come here we'll get to go or something?

One thing to look forward to now is that we're finally going back to our country, where we will get to see our family members again after so long!

The Tavern of the Seas

We're out of the Americas and now onto Africa. We have landed in Cape Town, South Africa and we're ready to see how different our time here is going to be compared to Latin America and North America.

Since we have arrived here in the afternoon, we not only have now entered a different timezone, but we also have lost a few hours of the little time we have here to visit. We decided to just take the rest of the day to relax and enjoy our hotel, Hotel on St Georges. 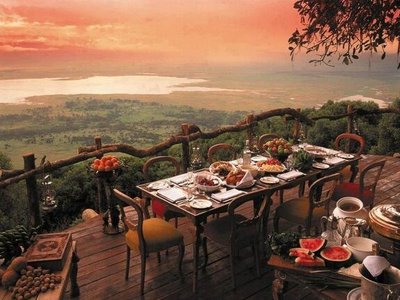 The next day though, we took the advantage to do a lot of sightseeing. Our hotel did not offer breakfast, so we went for breakfast outside. The view we got was absolutely beautiful. Since we didn't know any locals like Giselli and Fernando in Brazil, we really didn't know how to explore and find the secrets of the city. We realized that the best way to see a country and to learn about it is if you have locals that you know around! 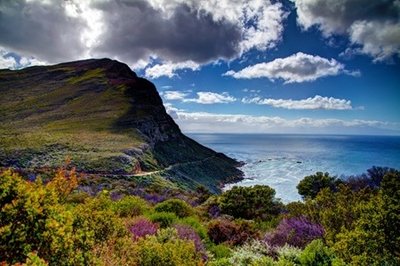 We then took a taxi ride to Cape of Good Hope, or Cape Point. For us, since we love nature (which is obviously another reason why we picked South Africa-to get the chance to see the animals, etc), we found the view breathtaking. There were a lot of animals around. We were able to spot at least 10 different species of birds which we weren't really able to identify.

We saw many cliffs. There were two oceans, the Indian Ocean and the Atlantic Ocean. We found it pretty cool, as when we got to the top we were able to see both of them meet. We also took a picture at the signs pointing to the oceans and touched the water, though it was quite dangerous, because we could've slipped due to the slippery rocks. 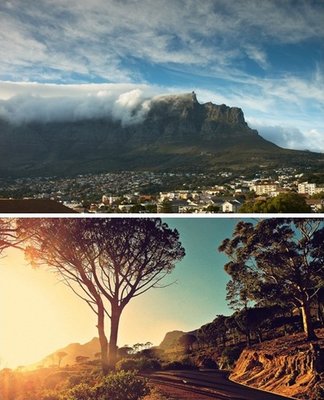 We then went to Table Mountain National Park, another UNESCO Heritage Site. We went to the Table Mountain, which is flat and overlooks the beautiful city of Cape Town. There, we met a lot a group of tourists from Toronto unexpectedly. 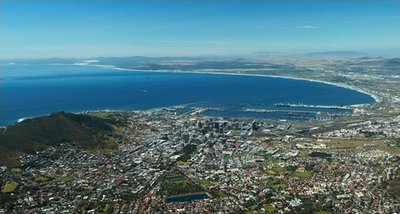 There was a rich and unique variety of both flora and fauna. The mountain is covered by clouds and so it was quite cold. Our hike up Table Mountain was I must admit- very hard, but in the end it was definitely worth the complains.

We also learned that there's a place not too far from Cape Town, called Gansbaii that does Shark Cage Diving. Just the thought of it already terrifies me, but it would be a challenge and I don't think I would ever in my life ever be able to do such a thing.

But that being said, at least we were able to challenged ourselves and be able to complete one of the things on our bucketlist - abseiling on Table Mountain! It was easier than we had thought, but a scary (less than the shark cage diving though for sure).

Although shopping is a bit pricey in South Africa, we were able to find a few things at the Pan African Market on Long St (they have a bunch of stuff from all over Africa, it's pretty epic; clothing, instruments, etc) and at St Georges Mall.

But that's okay, because isn't that what traveling's about? We can't see everything, but at least we are enjoying it and we learned something new. Besides, we have another opportunity to see another part of South Africa anyway, as we are heading to Johannesburg!